The back alleys, the derelict buildings, the gardens whose fences have been broken and never fixed, the cars that have been abandoned on the side of the street, the graffiti – they tell another story. It is the behind-the-scenes story of people that do not make it to the front cover, families that are broken, artists that go against the mainstream and try to leave their mark in their own way, and inconvenient truths that challenge accepted wisdom.

It happened to me as I was cruising South Williamsburg to find a wall inked with this interesting and eye-grabbing graffiti on tobacco. It was a metaphor on how tobacco can smoke your life away from cradle to grave. The tables had turned and people were no longer in control of their lives; tobacco was in control of theirs. You’re born, you smoke; you grow up, you smoke, you get old, you smoke. You die and you smoke your way out of the world like, so many others almost as if you were on a production line. Cigarettes have put a nail in your coffin and there are a lot of coffins. As the French would say, il y en a beaucoup. 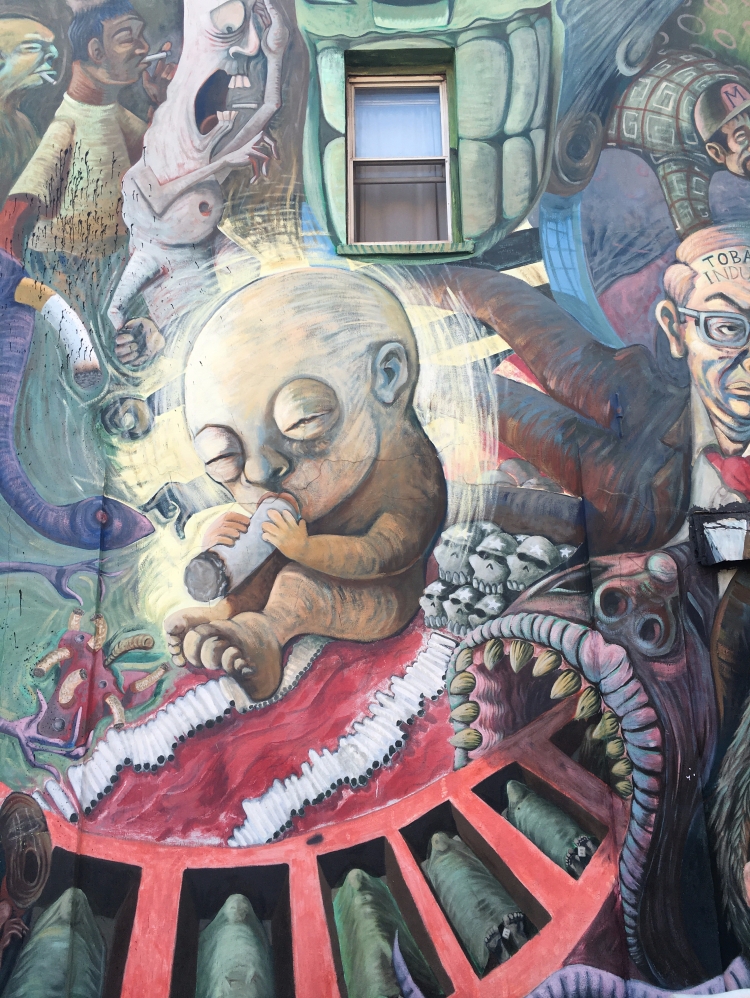